We want you to know some of our thoughts about our participation in Michigan Womyn’s Music Festival. Indigo Girls have a lot of respect for protest and dialogue in our feminist and queer movements, and we want to do our part to encourage growth and evolution in our community. We care about MWMF deeply, and in our years of playing the Festival, we have evolved and benefited from the experience. We have received many gifts from this unique and powerful gathering.

Our hope for all the past years has been that the Festival would move towards an intention of Trans-Inclusion. We have continued to search our selves and look at both sides of this issue and truly respect the different points of view, but have always come back to our core belief that Trans Womyn should be included in the Festival, and their womynhood should be honored by the intentions of MWMF. The current intention for the Festival to be for “Womyn born Womyn” only grew out of an important necessity to honor the idea that womyn have a variety of self expression and appearance and they need a safe space where their womynhood is not in question as they stand in many different places on the spectrum from femininity to masculinity. This intention has a very important historic basis and has kept the space safe for many womyn over the years. But we strongly feel that the time is long overdue for a change of intention, to one that states very plainly the inclusion of Trans Womyn. To us, this change of intention is the only path to a truly
“safe space” for womyn.

We are in a time of struggle and rapid changes in our movement and we would be remiss to not recognize that many of the strides that have been made are a result of Trans Activism and the strength and perspective they have brought to the queer and feminist revolutions. We feel that if someone identifies as a womyn, they are a womyn and should be welcomed into our community with open arms. We will only be stronger for it.

We will be playing the Festival this year in the spirit of change We encourage the Founders and the community of MWMF to find the bravery and compassion that we are all endowed with to create a space that is Trans Inclusive. We know these changes are complex and take time and careful consideration. MWMF has a long and important history of being on the cutting edge of positive change- a torchbearer for the hard transitions within the feminist and queer movements. This is the time to fulfill MWMF’s most vital role in our community and help to honor the Trans Community out in the world, by honoring them within the world of Michigan Womyn’s Music Festival. We hope in the end that we can all find our “safe space” and comfort on the sacred land of MWMF.

We understand that there are many folks who feel passionately about these issues, but we encourage people on both sides to act peacefully when they express themselves. There is nothing to be gained from hateful rhetoric or aggressive actions. All over the world queer, and specifically Trans folks are beaten and killed for being who they are. The community of MWMF has a responsibility to fight this hate and be a beacon of love and light for all womyn suffering under hate and oppression, and this includes our Trans Sisters. If you are against Trans Inclusion at MWMF, that is your prerogative, but that does not mean you have to be aggressive towards the Trans community. This kind of hate and aggression will rip our community apart and we all know who benefits from “divide and conquer” and it’s not womyn or queers.

Although we are playing the festival, we honor the current protest against MWMF and hope that it will help move the community towards change. Any money that we make playing the Festival will go towards Trans Activism. We will make a statement from stage at the Festival in support of Trans Inclusion. We have made it clear that this will be our last time at the Festival until MWMF shows visible and concrete signs of changing their intention. We have no animosity towards anyone in this case but see the deep and fearless legacy that MWMF has had during its existence and we honor that. We also honor the prayerfulness that has been a part of this struggle on both sides. This is not an easy path, so we empathize with all who struggle to make their decisions. We love Michigan Womyn’s Music Festival and hope for it’s continued presence and power in our lives.

Petition: Indigo Girls and other MichFest 2013 Performers: Boycott MWMF until the organizers fully include trans women.

"The official stance of the Michigan Womyn’s Music Festival indicates that the Festival is open only to cisgender women and that transgender women are not officially allowed on the grounds as volunteers or attendees. This is in accordance with a long-standing policy of exclusion that founder and producer Lisa Vogel confirmed as recently as 2006. Although in the past some of the staff has “looked the other way,” the policy against trans women that is in place has cultivated a climate of transphobia at the Festival. This situation is unwelcoming and unsafe for transgender women and has become a divisive influence on feminist communities, both at Fest and around the US."

Posted by planetransgender at 10:14 PM No comments:

SourceKBTX.com: "It was standing room only in the meeting room of the Texas A&M Student Senate Wednesday night as senators voted in favor of the "Religious Funding Exemption Bill," a bill recommending to university leadership that students have the ability to opt out of mandatory student fees which are contrary to a student's particular religious or moral views."

"The vote total as announced at the meeting was 35-28 - an official count published by the Senate has yet to have been published."

"The bill, which previously bore the name "The GLBT Funding Opt-Out Bill", has taken heat from critics who say the bill is a blatant attempt to de-fund Texas A&M's Gay Lesbian Bisexual Transgender Resource Center."

I was overwhelmed with sadness today thinking about this today. It is a shame people who call themselves Christians should spend so much time and energy making others foreigners to the lord. Welcome to Texas young minds.

Posted by planetransgender at 9:41 PM No comments: 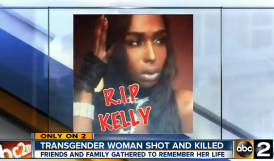 This video is heart wrenching. Kelly Young was truly loved by her family, friends and community. She was loved.
Early Wednesday morning police were called to a home in the 2200 block of Barclay Street for a report of a shooting.
Rescue crews found Young inside of the home; she died at the hospital.

If you have any information about the murder of Kelly Young, you can call the Baltimore City Police Homicide Division at (410) 396-2100.

Posted by planetransgender at 6:57 AM No comments: 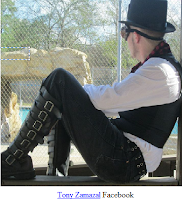 A Houston transgender student who was originally denied her right to attend prom in a dress has received good news!

Source: ABC: Tony Zamazal says she asked the school last month for permission to wear a dress to prom, along with a wig, makeup and pump style shoes. Zamazal says the Spring HS assistant principal initially told her that would be unacceptable, because boys were tuxedos and girls wear dresses.

"I had gotten kind mad, ranted on Facebook, and it kind of blew up from there," Zamazal said.

Zamazal tells us she appealed to the principal, who allegedly said she would have to consult with the school board because it would be a community decision. Zamazal, at that point, went public with her dismay and the ACLU offered to help, writing a letter on her behalf to the school district, explaining that the school's position was unconstitutional.


Posted by planetransgender at 6:34 AM No comments: 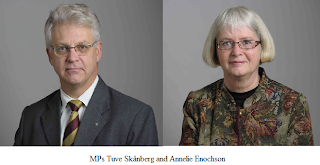 Two Christian Democrat MPs, Tuve Skånberg and Annelie Enochson, have broken ranks and are opposing a goverment sponsored proposal doing a way with the country's forced sterilization of transgender people.

Since 1945 the Swedish goverment has required transgender people to be sterilized prior to official recognition of their authentic gender. Currently this requirement has little practical affect on a trans woman's life, other than the traumatic realization her goverment doesn't want any more people like her, as uterine transplants have not yet been perfected. However this requirement deprives trans men from there right to procreate.

The English language source "The local" reports that the the two Mps are warning in a oped published in the right wing newspaper "Dagen" that a 'third gender' would be created if trans Swedish transmen were allowed to give birth.

The infamous Dagan was one of the first newspapers to reprint Jyllands-Posten's Muhammad cartoons which, according to the editor, was made in the name of freedom of speech. The printing of these drawings resulted in attacks on Norwegian installations in some parts of the Muslim world.

The Swedish goverment is currently being sued by transgender people for it forced eugenics requirment.

Posted by planetransgender at 5:59 AM No comments: