The "Mexican Hockey League" Video Parody of Fallon Fox: Offensive Or Just a Pathetic man Trying To Be Funny? 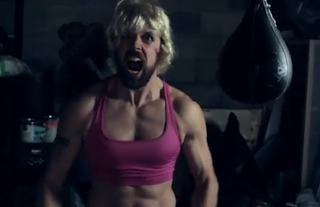 As a transgender athlete I will confirm after 7 years on HRT I am not capable of anything near what I used to be. Today I did my first five miler of the season and it was all I could do to run half of it. I used to easily run half marathons pre transition with far less training.

and gay people out here's something for you from them..

Posted by planetransgender at 10:00 PM No comments: 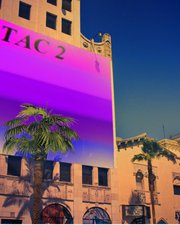 Well, I finally did it. I am no longer a admin of the Facebook page "Transaction Two". I have been antagonizing over this for far too long now. A few years ago I invited Stephanie Stevens to be a admin on the original 5000 member group "TransAction ConVergence", which Facebook greedily "Archived" along with most all other large groups.

So after consulting with Stephanie I decided we needed a clean break and began the page "TransAction ConVergence Two" (TAC2) and Invited Stephanie Stevens to become a admin which she accepted.

I have always had a problem getting planetransgender articles published by Stephanie in the Yahoo Group "Trans News". The reason that I was given was they had 'editorial standards".

Be it as it may, I have published many quality articles which present  unique views and observations from the trans perspective. Sadly, even those were ignored by Trans News. Since 2007 I have continued to work at becoming the journalist I know one day I will be, hoping one day I would see my article published with the regularity some of the other trans writers are. There were other reasons I was not published by Trans News but I will not expound on that for the sake of the unity of the trans community.

Trans News continues to be my main source of transgender news but I have learned to diversify my media outlet resources and I would invite others to do that as well.

I will continue to publish planetransgender despite being nearly totally ignored by Trans News. I have learned to use other media outlets to increase readership which in the world of google page ranking transforms our opinions into fact by simple multiplication.

I wish all the best to Stephanie Stevens with TranAction ConVergence Two.

If you wish you can 'like' planetransgender on facebook and our articles will appear in your news feed.

Thanks for being you,
kelli Anne Busey

Posted by planetransgender at 12:15 PM No comments: