One of the arrested is Kris van der Veen ‏@ikbenKRIS Councillor Green Links | Project Assistant Refuge | President Foundation LGBT.  He was in Russia making a documentry about how the 'gay propaganda law is affecting ordinary Russians. 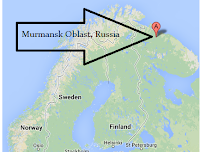 In the  narritive accompying the fund raiser he explains that he is also interested about how the law affects vistors in Russia. He just tweeted that althouth the day in court was bazzaire he dosn't think they have a case against him. 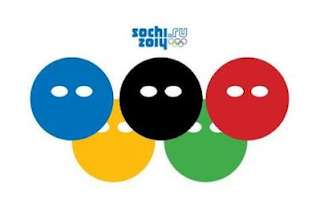 Please sign the petition:
No Pussies No Games: Boycott / Demonstrate at The Russian Winter Olympics.

Do people understand this is what awaits LGBT people in Russia? It is not exactly clear why the Russian police are beating these people but to think this couldn't be you could cost you're life.

This answers our question, will visitors be safe at the Olympics? It also puts the world on notice that even should Putin put a moratorium on enforcing the gay propaganda law for the duration of the Olympics he would enforce it with a vengeance afterwards. We need to let Putin know the world will not stand for this! Please sign our petition No Pussies No Games: Boycott / Demonstrate at The Russian Winter Olympics


Posted by planetransgender at 8:49 PM No comments: Links to this post

While not official yet Bloody Elbow has learned that Transgender fighter Fallon Fox 3-0 will meet Ashlee Evans-Smith 1-0 on October 12th for the Championship and $20,000 in prize money.


Sherdog has more background on both fighters:

Known as "The Queen of Swords," Fox's status as a male-to-female transgender fighter became public earlier this year prior to her tournament semifinal victory over Allanna Jones this past May at CFA 11. The 37-year-old underwent gender reassignment surgery in 2006 and completed the subsequent hormone therapy before beginning her MMA career last year. Fox, who holds a perfect 3-0 record, initially saw her fight license placed under investigation in Florida but was later cleared to compete.
Evans-Smith, meanwhile, has competed just once as a professional, making her debut on March 2 at CFA 10 after losing four of her final five fights as an amateur. The 26-year-old halted that skid in her pro foray, however, taking a unanimous decision from Tori Adams in the opening round of the CFA tourney. Evans-Smith was then expected to fight in the round of four at CFA 11 but instead moved on to the finals by default after opponent Anna Barone could not make weight.

Posted by planetransgender at 6:10 PM No comments: Links to this post 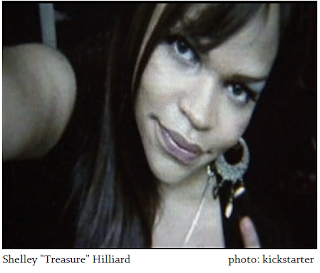 I remember her murder well. Who could forget? A 19 year old trans woman of color is found decapitated, apparently immolated in a vacant lot. This gruesome murder occurred around the time that Mexican drug gangs were becoming known to burn alive informants and competition cisgender and transgender transgender alike sometimes just for the hell of it. So the news accounts that followed helped to cement that suspicion, at least in my stereotyping mind, that perhaps Shelley was involved with a drug deal gone bad.

But her mom, producer Natasha "T" Miller and director Dream Hampton believe Shelley's murder was motivated by hate and they are out to prove it, with our help.


"Qasim Raqib was charged in the Oct. 23 death of Shelley Hilliard, a 19-year-old transgender woman whose mutilated body was found on Detroit's east side. Hilliard was allegedly caught with marijuana Oct. 20 when police said she could avoid arrest by setting up a drug deal, testimony Thursday in 36th District Court revealed, The Detroit News reported."

"During Raqib's preliminary examination, testimony showed, Hilliard used her cellphone to call Raqib, as police listened on speaker phone, and told him she knew of someone who wanted to buy $335 worth of cocaine and marijuana."

"Raqib was arrested when he arrived at a Motel 6 in Madison Heights 20 minutes later, the News said."

Testimony suggested Raqib called Hilliard on a prepaid cellphone two days after his arrest. Hilliard received a call to meet a man the next day at 1 a.m.

"Taxi driver Robert Mullen, who testified he took Hilliard on all her calls, said she told him she was worried about revenge by Raqib over the drug sting."

After dropping her off, Mullen said, he got a call from Hilliard, who sounded afraid, and then heard what sounded like the phone dropping to the ground and it went dead."


I want to know the truth, so I contributed to their kickstarter project TransParent; A Story of Loss in a Community Misunderstood. In any case, whatever, I want to reach out to Shelley's mom as a sister trans woman with unconditional love and support.
Posted by planetransgender at 1:18 PM No comments: Links to this post

Imagine as children if we could have had the opportunity to be ourselves, even if it was just for a few days? What if your friends and family rejoiced in who we truly are? This is no longer a dream for the gender variant children who attend the "You are you" camp as documented by photographer Lindsay Morris.

Slate published a magnificent pictorial article which I will quote from...

"  It is also a place for both parents and children to feel protected in an environment that encourages free expression."

“[The kids] don’t have to look over their shoulders, and they can let down their guard. Those are four days when none of that matters, and they are surrounded by family members who support them,” Morris said."

"Morris has stated that her photographic goal for the project is “to represent the spirit of these boys as they shine.” Some of the ways in which the kids shine is through the talent and fashion shows at camp that are popular and for which the campers come well-prepared." 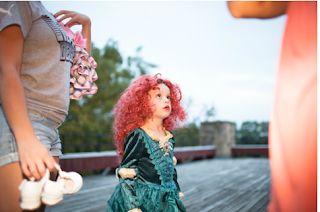 “Some practice for the talent show all year, and others create their own gowns with their mothers or friends of the family,” Morris said. “The focus and enthusiasm is really pretty incredible. Also, it can be very emotional for the parents, especially the families who are new to camp and are experiencing this kind of group acceptance for the very first time.”

Morris explains “I would really love to follow the kids into adulthood and see what kind of relationships they develop,” Morris said. “I want to witness the evolution, knowing from where they started and see how life is going to play out for them—hopefully happily—and I think they’re going to have a better transition into adulthood than the generation proceeding them.”


Posted by planetransgender at 11:21 AM No comments: Links to this post 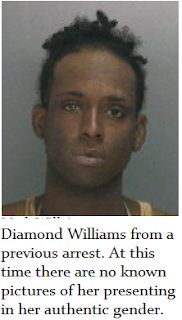 As reported previously on planetransgender the body parts of a unidentified person described as transgender by NBC 10 were discovered last Wednesday in a Philadelphia vacant lot.

Police believe Strawberry Mansion resident Charles Sargent used a axe to dismember a transgender woman allegedly telling his girlfriend he 'discovered' the victim was a 'man' after sex.  According to police Sargent's girlfriend heard noises upstairs and when her boyfriend came down he had the victim's body wrapped in bloody bed sheets warning her that if she said anything he would kill her too.

The victim pictured right from a previous arrest, has now been identified as a transgender sex worker Diamond Williams.

The narrative to the video by NBC 10 divulging the latest updates of this murder is respectful and news worthy. The accompanying video embedded below is not. The reporter seems to delight in intentionally disrespecting the victim as a cross dressing prostitute in a way that gives the impression that 'he' was murdered because 'he' was 'really a man'. It was the only video available at this time and I apologize in advance if anyone is inadvertently offended by it.

More than likely she was murdered because of Sargent's misogynistic ego and fear of what his friends would do or say. That's called Transpanic which is a lie not an alibi.

This video has been removed by NBC.


Posted by planetransgender at 6:40 AM No comments: Links to this post