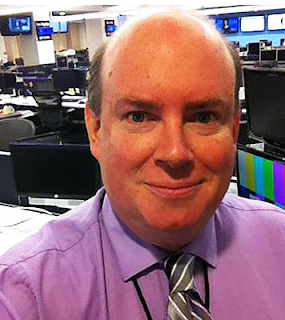 Its found at the traumatic tip top of the roller coaster ride of transition when the car slows to a stop and shimmies,  and as our hearts skip a beat and we begin back to the bottom of this ride we call life. Uncontrollably, ever increasing to breakneck speeds we hurdle to the welcoming velvet of denial. Its the moment when some trans people suddenly come to the horrific realization someone we know, a brother, friend, or worst, an employer might have seen us while we made forays en femme.

Its a mindless trashing of every fem article we just spent mad money on. Its a purging of all thoughts of femininity. Its a temporary sense of relief, an incredible peace knowing there is nothing 'wronge' with us.... that gradually weeks and months later it becomes a heightening of feminine sense until one day we start to wonder if there wasn't something we did wrong presenting that garnered so many transphobic glares and snickers. Then its the slow gradual euphoric trip back on the roller coaster to the top of life.

Its knowing that we are trapped in a revolving door because no matter how hard we try to deny Dawn, or Tina or Samantha she still lives inside of our now hyper masculine presentations.

I write about purging as if I have first hand knowledge of it . That's because I did it a few thousand times in the earliest days of my transition. And I'm not ashamed of that, anymore. It doesn't lessen the authenticity of my being rather admitting to it reinforces me.

I'm not saying Don purged. I'm not saying that I don't take what he says about making a mistake at face value. I'm just saying...

Don, the major difference I can seen right now between your experience and mine was that no one knew me. No one.

To everyone who has or is experiencing what Don has, know this. There is nothing to be embarrassed about what you have gone through. And Don, there will be many disparaging articles written and to be frank, your credibility may have taken a hit but that's why I'm writing this article, because if the truth be known,  you will be even more respected now.

Like the Cosmopolitan article which tried to empower us but ultimately couldn't because the author had not experienced transition personally, purging is misunderstood by the cis community by no fault of there own. I hope that Sam reads this.

Trans people can now own "Purging", as it should be, thanks to you Don. Its part of our culture, our physiological makeup, our birth right. We can now come to terms with it publicly. For some of us its a beginning on our road less traveled, or possibly a exit from it, but there is no denying purging is at a intersection of transsexualism.

Then again, some trans people have never experienced a purge. *sigh.

What ever you do Don, live your life authentically.


Posted by planetransgender at 9:49 PM No comments: