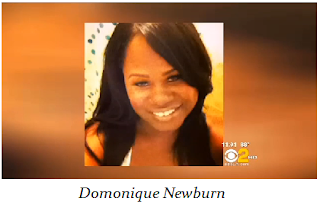 Fontana police Wednesday afternoon found a Mercedes belonging to a transgender woman and former YouTube reality star who was apparently slain in her apartment.

Witnesses said that a man seen leaving the apartment took off in the victim's black 2004 Mercedes.

But the vehicle appeared to have been parked "for some time" at Perris Hill Park in San Bernardino, where it was located by detectives, Sgt. Doug Imhof said in a statement.

He said there were no details on how the vehicle ended up at the park.

Police said the man seen leaving the apartment was described as 5-foot-8 with an average build and wearing blue jeans. He was believed to be in late 20s or early 30s.


Posted by planetransgender at 10:02 PM No comments: Links to this post 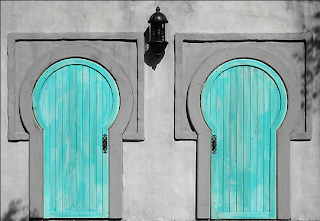 Imagine a Miss Universe pageant with two exit doors.  Each contestant must take one regardless if she is the winner, runner up or an also ran as instructed by her handler. One leads to bright lights, a Dachau and fame. The other leads to a waiting paddy wagon, beat downs and a gulag. Sounds ludicrous, well its not.

NBC co owner of the Miss Universe pageant is intent on holding this event in Moscow. NBC has have issued a statement that they are "concerned"  about the treatment of LGBT people in Russia but have made it clear, they will not move the pageant.

The same city where just a week ago a Olympic contestants who had painted their finger nails colorfully were made to remove the polish because it looked like the colors of LGBT flag.

The same city where LGBT pride has been outlawed for a hundred years.

The same country where anyone who dares to speak in opposition of the ruling party, the state church or speak up for LGBT people are beaten and unmercifully persecuted and imprisoned.

Its the same country that promises competitors and visitors at the winter Olympics in 2014 that they will pay the same price its citizens suffer if the speak about LGBT people.

So what if one of the contestants is transgender? Obviously there wouldn't be a transgender contestant or anyone to speak of equality if the next Miss Universe pageant is held in Russia. It will be the most oppressive manipulated anti LGBT propaganda show of all time. The silence would be deafening.

The same country that NBC is broadcasting the Sochi winter olympics in 2014 despite the worlds condemnation.

Is this the world be accept?


On June 18, the organizers of the annual Miss Universe pageant announced that the 2013 competition will be held this November in Moscow, Russia.

The announcement came just one week after the Russian legislature unanimously adopted an extreme new law banning “gay propaganda.” Under the new rules, anyone who is caught showing support for the gay community or LGBT equality can face fines or jail time for promoting "gay propaganda" to minors. Similar laws have already been used to justify violence against LGBT people throughout parts of the country, and human rights groups have stated that the measure is in clear violation of international law.

NBC Universal, which co-owns Miss Universe, is already facing scrutiny over whether it will report on the impact of Russia’s draconian new anti-gay measures during its exclusive coverage of the 2014 Winter Olympics in Sochi. The network’s handling of Miss Universe is an important first test.

Tell NBC to move this year’s “Miss Universe” from Russia to a location that won’t put LGBT and LGBT-friendly participants and guests in danger.

Even some of NBC’s own celebrities are jumping ship because of the risky decision to hold the pageant in Moscow. Andy Cohen, an NBC employee and openly gay Bravo star who hosted the contest for the past two years, recently backed out of hosting the 2013 event, citing concerns for his own safety and that of participants and spectators.
Just last year, the Miss Universe pageant changed its rules to allow transgender contestants to compete. The decision to host the pageant in Moscow this year is a giant step backward.

By relocating this year’s “Miss Universe,” NBC can send a message to Russia that its bigotry will not be tolerated or legitimized by the international community. With the 2014 Olympics on the horizon, I can’t think of a more important time for NBC to demonstrate its commitment to the safety and dignity of its participants and guests.
Sign the Equality Matters letter and ask NBC to set a precedent with Russia.
Best,

Posted by planetransgender at 10:15 AM No comments: Links to this post