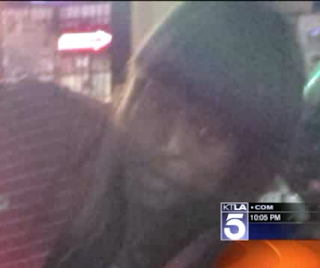 .
Fiday morning around 3:20 transwoman Unique McKenzie, 22, was standing with some friends at a bus stop after a night out. Her friends say reacting to a joke Unique accidentally slipped onto the street where she was then struck by a white or grey colored Ford Thunderbird.

Posted by planetransgender at 5:21 PM No comments: 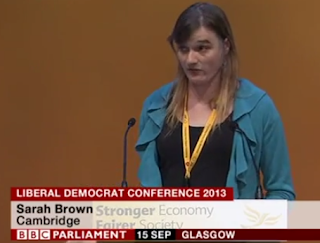 Raymond Brown authored 'Tea and a bit of spanking, so what?' says transgender Cambridge councillor after Trumpington Village Hall bondage saga" about Cambridge Counsolor Sarah Brown.   Cllr Brown had the fortitude to speak up against the canceling of a public informational B and D event.

Raymond Brown vigorously defended his article on twitter claiming he wrote it with no ill intent.

But for Brown it was all about linking fetishism with transsexualism making mention of Cllr Browns trans status three times.

His tweets (nudge, nudge pointing to the trans counselor) reveal his desire to demean a Cambridge counselor because of her gender expression and link that with children's welfare.

Sarah Brown is a serious politician, driven to help others. She should be treated with the same respect cisgender people are.

For the record I have no issues with B&D. Usually the people who point fingers are the ones who secretly indulge themselves in the same fetish.

@RaymondBrownCN, what am I taking away about your article on @auntysarah? nudge, nudge? Your duplicitous transphobe. http://t.co/1YSXpWlyQw 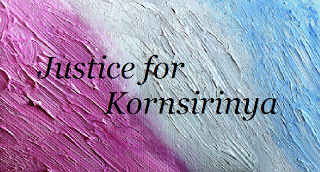 A Transgender woman from Thailand was stabbed to death in a motel and according to the reporting media the man arrested for her murder said she was to blame.

Thoraphol Thonompholkrang was arrested for the murder and theft of personal belongings of a trans woman identified only as "Korn Sirinya" after police linked him to the crime through his facebook postings.

Thonompholkrang said that in the past he had been paid for sex and was enraged after Ms Kornsirinya refused to pay him.

And of course people caught red handed with the murder of trans woman always tells the truth.

More than likely this was a transpanic murder. There is no evidence left on facebook to substantiate this but many in the Thai Forum are questioning the reporting for these same reasons.

All of the other articles about her murder are parroting the original account and likewise are profiting from sensationalist victim blaming.

Her murder will not be blamed on her in this article.


Posted by planetransgender at 11:15 AM No comments: