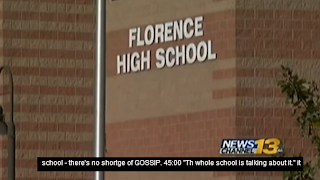 The second day I begun my current job I was told about a rumor that was seen using the men's room. It was devastating to me this being the first full time job I had since beginning transition four years before. That rumor cut me so deeply since I had worked as a cashier for years at the Walmart just a few miles away in that small town. Whenever I entered a restroom or existed a stall for months afterward there was utter silence. People would star at my crotch. Whole tables would get up if I sat down at the lunch room.

I brought this to the management's attention and ended up with a department wide meeting that only served to spread that rumor. That was two years ago. Now I am more or less accepted. I have received over three dollars a hour in raises and am looking forward to my next advancement.

But for a young person with no previous life experiences to fall back on these rumors started by Pacific Justice Institute and amplified by Fox Nation are life threatening. The latest 'press release' from the PJI makes no mention of the child specifically but tries to reframe their intent with a wider brush. Curiously there was no mention of 'harassment' in there latest statement only a promise to bring wittiness forward. Again.

Trigger warning! The following video suggests that a transgender student is at fault.

The talking head begins with "Florance high school students say they are uncomfortable with sharing there bathroom with a transgender student." but this statement is not backed up by any of the students. It is a rumor. One propagated by the PJI.

Earlier this week, conservative media outlets, including Fox Nation, circulated now debunked reports that bolstered a bigoted campaignagainst a transgender student at Colorado's Florence High School.
To its credit, school administrators have defended both the school’s policy and the transgender student victimized by extremist attacks.
“This is one parent basically bringing their view point about this situation to the media because they weren’t getting the responses that they hoped they would get from parents, from students at the high school or from the board and myself, “said Florence High School Superintendent Rhonda Vendetti in an interview with The Transadvocate’s Cristan Williams, who uncovered the truth behind conservative media reports.
Superintendent Vendetti continued, "I think it’s just an attempt to elevate the situation to a point where maybe some more attention can be drawn to that in the hope of having a different outcome. There’s not been any incident of harassment or anything that would cause additional concern.”
The Colorado Education Association has also come out in support of Florence High School and the student. The CEA has been working with local affiliates on issues important to LGBT youth and their families, including professional development for educators.
“Our promise to our students is that the Colorado Education Association will lead the way in guaranteeing every student access to the best public education," said CEA President Kerrie Dallman. "As educators we all have a responsibility to ensure a safe and inclusive learning environment for every student.  No excuses.”
In August, California passed legislation – the first of its kind – to protect transgender students from this exact form of bullying.
The School Success and Opportunity Act (AB1266) addresses the exclusion of transgender students from classes and activities to ensure all students are provided the same opportunities.
Under this law, which Gov. Jerry Brown signed on August 12, California public schools must honor the students’ gender identity and expression, including the ability to use the appropriate bathroom.
The discriminatory National Organization for Marriage and other extremists have fought this effort – and any attempt protect transgender rights – using scare tactics around “privacy” and fictional stories of harassment like this one.
HRC applauds Cristan Williams for debunking the media reports and the Colorado school district for continuing its efforts to provide a welcoming learning environment for all students.
For more resources on creating learning environments that allow all students to thrive, check out HRC Foundation’s Welcoming Schoolsproject and the upcoming Time to Thrive conference.

Posted by planetransgender at 10:27 AM No comments: Links to this post 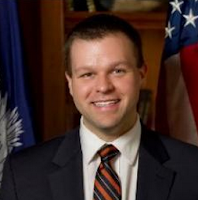 This is a couple of days old but quite honestly I had bigger fish to fry than Todd Kincannon. Now its Kincannon's turn and the girdle is still hot. Good old boy Tod obligingly tweets his self right on in and cooks us up some old fashioned south Carolinian republican hate.... sorry about the stench.

It all began somewhere about here:

Now a goddamn he-she is attacking me --> @papierhache. The Left is truly the side of losers and weirdos.
— Todd Kincannon (@ToddKincannon) October 14, 2013

Kincannon's Linkedin profile says that he was a former executive director of the South Carolina GOP, but he fails to mention he was only in that position for three months before resigning.

Kincannon is truly small fry and hardly deserving anyone's attention especially since he told a disabled vet he wished he had come home in a body bag.

.@joshuamelnick You know what I find indecent? A girl with a dong.
— Todd Kincannon (@ToddKincannon) October 14, 2013 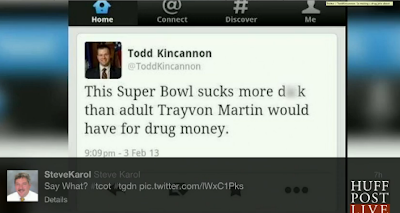 .@jbu3 I have plenty of compassion for trannies. They should all be locked up in mental institutions and their care paid for by the state.
— Todd Kincannon (@ToddKincannon) October 14, 2013

We can learn one thing from this. Do not allow yourself to be baited by the likes of lawyers Kincannon or Cathy Brennan. They both seek the same results, its just Kincannon admits to it. It's curious that ether are still practicing law given the American Bar Associantion's stand on transgender inclusion.

Section 6.3 Personal Views of Mem­bers. Any member who, when making public ut­ter­ance, permits ­himself to be iden­ti­fied as having an offi­cial con­nec­tion with the Bar or one of its divisions, sec­tions, com­mit­tees, boards, task forc­es, or com­mis­sions shall, if the pol­i­cy of the Bar on the subject matter of the utterance has been de­ter­mined by the House of Del­e­gates or Board of Gov­er­nors, fairly state that pol­i­cy and, if he ex­press­es views at vari­ance with it, clear­ly identify the vari­ance as his per­son­al views only. If there has not been, or if he has no knowl­edge of, any such policy de­ter­mi­na­tion, he shall nev­er­the­less identify his ut­ter­ance as his per­son­al views.

Posted by planetransgender at 8:02 AM No comments: Links to this post