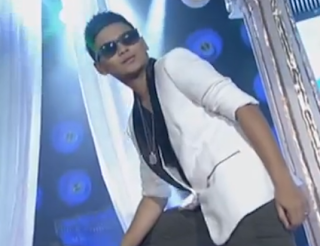 The Association of Transgenders in the Philippines posted this comment about Yahoo OMG post "Can ‘That’s My Tomboy’ raise equal rights? Almost but not quite, says activist:
"....it's noticeable that ABS CBN have been releasing news and feature articles about transgender people with incorrect pronouns.
We just hope that the launch of That's My Tomboy was to promote the rights of people with non-conforming gender instead of making them a laughingstock while it rakes king's ransom to the network's coffer."

Being totally ignorant I found this in Wiki: about "Tomboy"

"In the Philippines, the term gay is used in reference to any LGBT person. For Filipino gays, the Tagalog phrase paglaladlad ng kapa ("unfurling the cape"), or more commonly just paglaladlad ("unfurling" or "unveiling") refers to the coming-out process. Tibo, T-Bird and tomboy are derogatory terms for butch lesbians just as bakla is for effeminate gay men. Some lesbians, both butch and femme, use the terms magic or shunggril to refer to themselves. Neutral slang terms for gay men include billy boy, badette, bading, and paminta (straight-acting gay man)."

"While many of these terms are generally considered derogatory, they are sometimes used casually or jokingly within the Filipino gay and lesbian community. For example, gay men often refer to their gay friends as bakla when talking to each other."

There was a conflagration within the US trans community about the word 'tranny' that tore at the fabric of our community. A survey albeit unscientific, showed most trans people found the word offensive. Since that debate the "T" word has been generally accepted as defamation. I am curious if "Tomboy" is the same as "tranny" in that regard.

planetransgender has a growing number of visitors from the Philippines. Please share with the planet how you feel about this.

Posted by planetransgender at 7:47 PM No comments: Links to this post