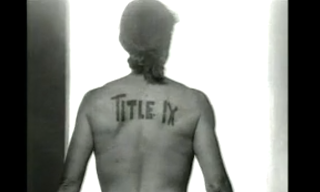 The interviewer was eager to nail down some specifics about what legal actions the PJI was taking against the trans girl. But all he was given was the same song and dance that we read in PJI's second backpedaling press release which was published immediately following TransAdvocate's Cristan Williams interview with the District School superintendent.

McReynolds stated  "if there wasn't something to this the school wouldn't be conducting a law enforcement investigation which is what their doing"' suggesting they were looking to prosecute the transgender student.

Superintendent Rhonda Vendetti made it clear in her interview with Cristan Williams the ones who would be made being legally accountable were those who were propagating these lies targeting their transgender student.

Who is this child?  Cristan Williams at the Transadvocate speaks with her mom and gives her the space to speak as well.

McReynolds stated that Colorado law was vague on public accommodations and that there intent was to test it. The law in Colorado states very clearly  that Places of public accommodation may not deny any person participation, entry, or services based upon the person’s sexual orientation, including transgender status.

The PJI has no evidence, no clients and no case at this time, only objecting to what they consider behaviour that is 'inherently harassing' when a transgender student uses the restroom.

In other words they are fabricating untruths and creating a condition in which a transgender high school student faces increased prejudice, discrimination and the inherent accompanying violence.

McReynolds said that we transgender activists, 'talk out of both sides of our mouths' by insisting that we have protections under Title IV and  Title VII only because of the way we 'interpret it'.  In fact courts  have recently repeatedly upheld provisions protecting transgender and gender nonconforming people under both Title IV and Title VII

Featuring two-time Olympian and Yale rower, Chris Ernst, who galvanized her rowing team to protest the substandard conditions facing female athletes in the 1970s. On a cold rainy day in 1976, Ernst led her teammates to the athletic director's office, where they stripped, baring bodies emblazoned with the phrase TITLE IX in blue marker. This event rocketed around the globe, leaving an indelible imprint on the nation in terms of what gender equity really meant. Directed by Mary Mazzio.


Posted by planetransgender at 12:51 PM No comments: