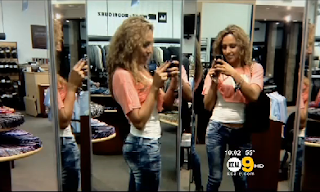 Yanel Valenzuela had been working out at LA Fitness for some time but wanted some advice on how she could fine tune her body. She explained to a employer her transgender status and that's when her troubles began. Even though she presented her drivers license with female indicated and took the extraordinary step of presenting a doctors letter stating she had gender conformation surgery the manager still denied her use of the bathroom.

In California it is against the law a to deny public accommodations access to transgender people.


Posted by planetransgender at 7:38 AM No comments: Links to this post