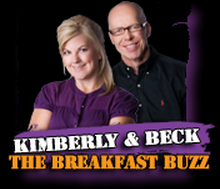 In what could only be described as swift justice 98.9 The Buzz has announced that Kimberly and Beck were suspended for a 12 minute transphobic screed. Towleroad broke this story Wednesday Morning and by that evening justice was served.. Thank you to our LGBT family's quick respone and an extra special thank you is due the Empire State Agenda.

The rant that got the two miscreant suspended then later (updated) this morning fired.

(1/3) This morning Entercom fired Kimberly and Beck effective immediately. Their hateful comments against the transgender community...

“The ignorant and transphobic segment that recently aired on Rochester’s radio show, “The Breakfast Buzz” with Kimberly & Beck, is highly offensive to New York’s LGBT community. The segment, aired in response to Rochester’s announcement at our Spring Dinner on Saturday that municipal employees will have access to transition-related healthcare, contains sound bite after sound bite of misinformation and hate speech.

Not only did the hosts conflate sexual orientation and gender identity and make the ill-informed leap from medically-necessary care to elective surgery, they also degraded LGBT identities more generally, including the outrageous contention that transgender people are “nut jobs.”

Transgender individuals face disproportionate disparities when it comes to their health and well-being, including this type of harassment as we’ve seen on “The Breakfast Buzz.” The American Medical Association, the American Psychological Association and many other organizations agree that transition-related health care is medically necessary and should be covered under public insurance plans. Providing transgender New Yorkers with medically necessary health care is actually a cost-saving measure. Taxpayers will likely see savings related to mental health, suicide attempts, HIV, substance abuse and other costs that occur when transgender people cannot get their transition-related health care needs met.

Rochester’s announcement that city employees will be covered is positive news that should not be misguided by the ignorance of radio hosts looking for ratings. This offensive segment underscores the need for increased education and for the passage of the Gender Expression Non-Discrimination Act (GENDA), so that all New Yorkers know it’s not acceptable to discriminate against someone just because of who they are.

We call on the radio show and its hosts to issue a formal apology immediately and to seek the education we’re extending on issues of importance to its transgender and gender non-conforming residents.”﻿

As a result of Kimberly and Beck’s hateful comments against the transgender community we have suspended them indefinitely.
— 98.9 The Buzz (@989thebuzz) May 22, 2014

Posted by planetransgender at 7:28 AM

As a Rochester, NY resident, I'm ashamed that this is how my city has been represented thanks to these two asshats. K&B have been served with suspension after suspension for many years, and I was doubtful anything more would come of it.

However, I'm proud to say that K&B were terminated from their positions at the station the morning of Thursday, May 22, 2014. Rochester is not a hateful city, and there's no room for hate speech on our radio stations.