How offensive is the word "Mincing" to gay folks? Honestly? I mean, Douglas use of it in his acceptance speech was in the context of self discovery and enlightenment over his own homophobia. Is it so offensive you would willingly let your're history be destroyed?

Why did it take Douglas's use of that word to finally get gay people talking about the transphobic nature of Leto's part in the "Dallas Buyers Guide"? After the ad nauseum interviews stroking Jared Leto for his "courage" in taking the part of a low life tranny hooker we finally get some recognition because of Douglas saying "Mincing"?

It wasn't Leto's acting, or his effort to portray my community, or even his acceptance speech that offended. It was the part he was handed in the Dallas Buyers Guide and the movies misinformation about the HIV/AIDs epidemic in the 80's that made us ill.

My friend Pamela Curry commented on one such article on Solon:

The "Dallas Buyers Club" and "Behind the Candelabra" stars get awkward laughs at gay folks' expense.

"As I have been saying the movie was an ugly affront to trans women. In reality there was no Trans woman that character was written in apparently for the transphobic jokes. I attended a showing with a friend Kelli Busey were afterwords she wrote "Dallas Transgender people ain't buying "Dallas Buyers Club". 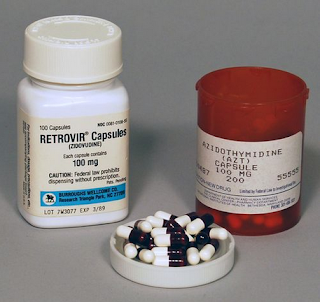 We were both disgusted by the movie full of ugly jokes about transwomen, inaccuracies regarding hiv medication. The character railed against AZT with boxes in the background labeled zidovudine, which is btw AZT!

They were more interested in making fun of trans women than portraying accurately the true story, while purportedly telling a story based on a historic person."