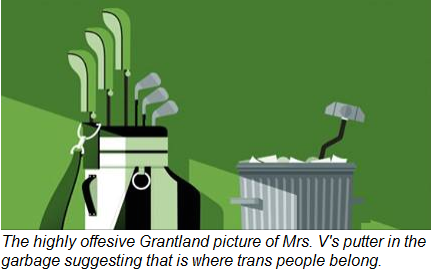 Grantland editor in chief Bill Simmons wrote an article describing the events that led to the publishing of Caleb Hannan's Dr. V’s Magical Putter in which he outed a transgender woman during the course of writing.

Lengthy and reading more like an excuse at times, most have taken it as an apology, but somehow Simmons denies any curability with causing Mrs. V's suicide.


Simmons wrote: Caleb’s biggest mistake? Outing Dr. V to one of her investors while she was still alive.

That's the crux of our outrage Mr. Simmons

Caleb wrote:.....I asked if she could help me confirm a few facts about her past life. When I heard back, the patient woman I had spoken to on the phone had been replaced by an angry, mocking scientist. She wrote:

"As I clearly stated at the onset of your unsolicited probing, your focus must be on the benefits of the Science for the Golfer not the scientist, however, at this juncture you are in reversal of your word,"

"Maybe the most surprising thing about my conversation with Kinney was how calmly he took the news that the woman he thought was an aerospace engineer had once been a man, and a mechanic."

Evidently Kinney contacted Mrs. V. with the information Caleb had given him.

"The last time I heard from Dr. V she warned me that I was about to commit a hate crime."

So please, do not tell me Caleb wasn't responsible in some way for her committing suicide.

As far as the revelation that editors being responsible for that article being published, it wouldn't have been, in its present form, unless the author had supplied Grantland with information that broke all rules of confidentiality, which he did.

Any journalist worth a grain of salt does not break a promise of confidentiality, regardless if the the persons cis or trans unless it has to do with a major crime, which her being transgender isn't.

Grantland is leaving the offensive post up as some sort of monument to their transphobic ignorance. They surely aren't doing that as a favor to us. Mr. Simmons, our lives are surrounded by ignorance based hatred everyday. We really don't need another monument. Please take that post down if you really care about transgender people.

Theirs an excellent piece on this at the Washington post Grantland offers two sides on divisive article about transgender inventor who killed herself.

Posted by planetransgender at 9:46 PM No comments: Links to this post 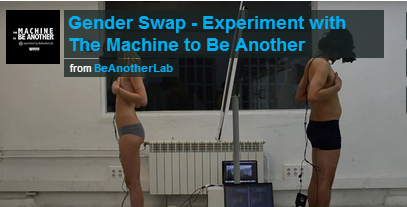 What if one day there was a machine that could do all that and make you hear yourself as the opposite gender? Besides the obvious sexual implications what impact could this have on society?

Gender Swap - Experiment with The Machine to Be Another from BeAnotherLab on Vimeo.


Posted by planetransgender at 7:16 PM No comments: Links to this post