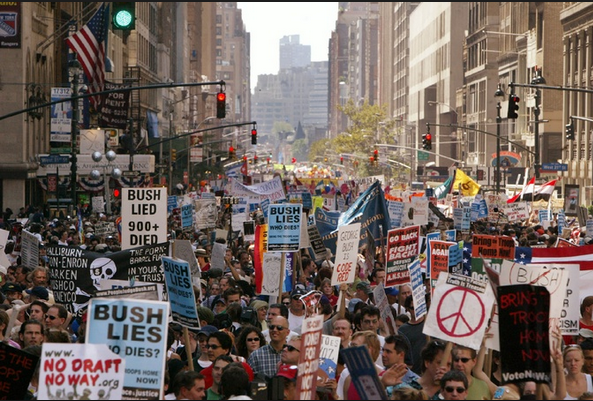 Arrested protesting at the 2004 RNC in NYC two trans woman are standing up for what they believe even if doing that costs them a share of the largest protest settlement on record.

Two transgender women, Kaitlyn Tikkun and Kate Freitag, say that police groped them to determine whether place them in men or women's lockups, under a systemic policy that took the NYPD eight more years to reform.


A Jane Doe corrections officer told Tikkun that she would be searched to determine if she was "a boy or a girl," according to the complaint.

"As Ms. Tikkun begged the officers not to forcibly search her because she had experienced rape in the past, she was shoved up against a wall and her arms were restrained" by three female corrections officers, the complaint states.
Ignoring Tikkun's protests, the officers allegedly said that they were "just following orders," and touched her breasts and her genitals.
After Tikkun had been placed in a cell, a male officer who was not in the room at the time of the search old her, "oh, you're the one," according to the complaint.
Another male officer later chimed in, "oh, you're the one trying to find out if you're a boy or a girl."

Weber, who also represents Frietag, said in a phone interview that this client's experiences were similar to those of Tikkun, with a few important distinctions. Frietag had been searched at the pier rather than Central Booking, and male officers conducted the search, Weber said.
The male officers' confusion about what to do was like a Marx Brother's routine, except that it "wasn't funny," Weber added.

Tikkun's lawyer Andrea Ritchie said that she was involved in the negotiations that the led the NYPD to reform their policies toward transgender prisoners in an October 2012 memo titled "Department Policy Regarding Gender Identity."
It instructed corrections officers to address transgender prisoners by their preferred names and sexual identities.
Speaking of these changes, Ritchie said: "In our case, the policy objective has now been achieved and now it's really a question about compensating our client for her injuries, which were not insignificant." ~ Court House News 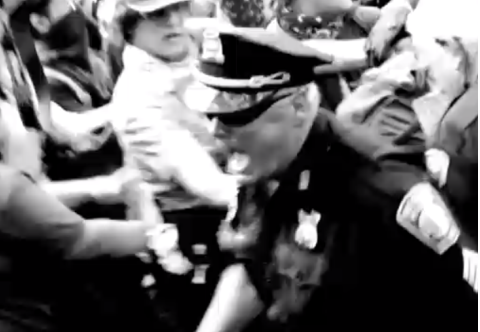 Source Court House News On Nov. 22, 2004, 24 protesters sued New York City, Mayor Michael Bloomberg, Police Commissioner Raymond Kelly and dozens of other NYPD cops and officials for false arrest, punitive detention, abuse of process and other constitutional violations. They said the city had an indiscriminate mass arrest policy that called for the use of mesh netting and lines of police officers to barricade and corral large groups of protesters, reporters, legal observers, and bystanders, without giving audible dispersal orders.

In their original complaint, the plaintiffs said they received "cruel and inhumane" treatment in cold, loud, chemical-strewn, makeshift cells in Pier 57, along the Hudson River.
"Guantanamo-on-the-Hudson" was a nickname given to the pier by more than one attorney speaking Wednesday at a press conference outside New York City Hall.

The protesters said in their complaint that city police taunted them and said they would be held "until George Bush left town.

The following video was discovered by the NYCLU during the trial. The video recorded by police shows what was described as "the most quite protest ever" by a witness.

The 2004 RNC protest as documented by one of the journalists who spent time in NYC's gitmo.


Posted by planetransgender at 9:00 PM No comments: