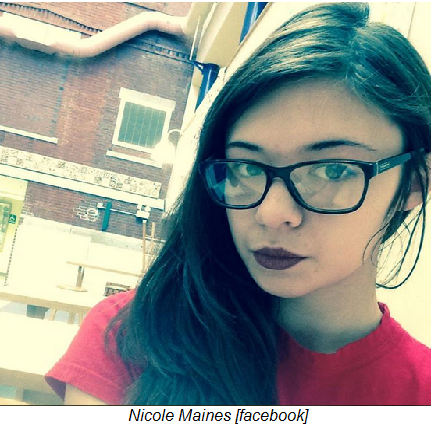 In a landmark decision the state's highest court ruled that transgender student Nicole Maines rights were violated after her school denied her access to the rest room that corresponded to her gender expression. Ms. Maines had been using the correct restroom but that simple right turned into a legal battle after a male student followed her into the girls room at the prodding of his grandfather.

Hey y'all, I wanted to let everyone know that after a long struggle(5 years o_O) we finally have received the ruling: WE WON THE CASE!!!!!!!
— Nicole Maines (@NicoleAMaines) January 30, 2014

The 5-1 decision by the Maine Supreme Judicial Court reversed a lower court's ruling from November 2012 and stated that the school was in violation of Maine's Human Rights Act when it denied Nicole Maines (referred to in the ruling as Susan Doe) access to the appropriate bathroom when she was a fifth-grade student at Asa Adams Elementary School in 2007.

According to the ruling, "it has been clearly established that a student's psychological well-being and educational success depend upon being permitted to use the communal bathroom consistent with her gender identity, denying access to the appropriate bathroom constitutes sexual orientation discrimination in violation of the [Maine Human Rights Act]."

"Based upon its determination that Susan is a girl, and in keeping with the information provided to the school by Susan's family, her therapists, and experts in the field of transgender children, the school determined that Susan should use the girls' bathroom. In so doing, the school provided her with the same access to public facilities that it provided other girls," the ruling states.

Hey everyone!
My best friend, Nikki (animainsupport) has won a very important trial today in the fight for Trans rights. The full article is here. She was denied her rightful bathroom in middle school, and was harassed by students and teachers all through school. Luckily, she’s happy and healthy and in a GREAT place right now. She’s been fighting for five years on this case, and she finally won. JUSTICE HAS BEEN SERVED. Posted by planetransgender at 8:30 PM No comments: