Cathy Brennan tells Gay South Florida "I'm no bigot", but is she?

Cathy Brennan, a Maryland based attorney with the blog, Gender Identity Watch, is being accused of inappropriate and insensitive acts. Brennan maintains she has done nothing wrong" according to a recent article by SFGN

Brennan told  Gay South Florida “I’m a 43-year-old woman,” in a telephone interview on Monday. “I’m very comfortable in who I am, I am not a bigot nor a homophobe."

So is Brennan a caustic juvenile narcissistic transphobic bigot? The 7,400 people who have signed a petition asking the SPLC to designate her blog a hate site think so but lets give her a fair chance. I've documented her interactions with trans folk these past few years, so lets have a look and you decide.

Brennan thinks we (the entire trans community) misunderstands her, telling South Florida Gay news, hey I'm not a bigot, I'm not homophobic. What Brennan didn't say is as important as what she did say.
You may never hear Cathy Brennan say she's not transphobic because like all "TERFs" they reject transsexualism exists believing instead transgender woman are in fact, men. Period.

Every trans person who knows of this individual says her name with spit, the kind of displeasure reserved for the most incorrigible, irredeemable and immoral transphobic people of the world like Matthew McReynolds, staff attorney for the Pacific Justice Institute.  Brennan spoke on behalf of. The PJI, which in case you don't already know is trying force a public vote on AB 1266, a law which sets the standard for trans inclusion in California schools. AB 1266 does a lot of things but the one the "bugs" Brennan the most is that is a model for the entire country for public accommodations inclusion.


Cathy Brennan outed a transgender youth to his school after antagonizing him on twitter to the point he made a ill advised rape joke. He latter apologised to Brennan in a open letter after learning how harmful 'rape jokes' are. Incredibly, Brennan wasn't satisfied with bringing Rufus to near suicide, later outing yet another transgender teen.

Brennan has registered the "planetransgender" domain  which previously redirected google searches to "Gender Identity Watch", but upon learning of how incredibly incriminating that was she has now changed the registration to hide her purchase. I have no way to prove this right now as I didn't make a screen grab before she changed the registration, but if thats not right Brennan, and I know you are reading this, prove me wrong.

So what's causing all this ruckus?

Brennan's identity watch has been the subject of a petition by Secular Woman, a trans inclusive feminist group, calling for the SPLC to designate it as a hate group.

The petition which currently has over 7,000 signatures has drawn a lot of attention not only by the main stream but the ire of Cathy Brennan as well.  Brennan was interviewed by Gay South Florida, possibly the only gay people who would speak with her.

So is Cathy Brennan a narcissistic transphobic bigot? Its your call. 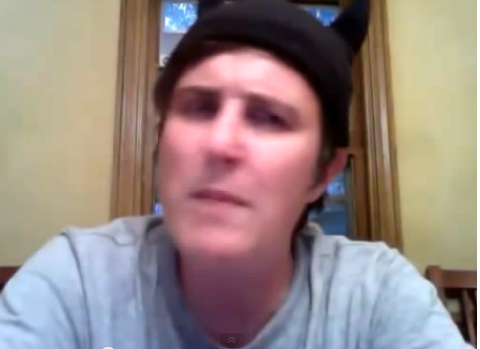 Posted by planetransgender at 10:00 PM 3 comments: Links to this post