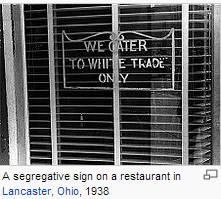 You better glance over your shoulder people.  There is a concerted backdoor effort to strip you of your rights and its not a isolated initiative, its happening in your state.

Transgender people, just emerging from Jim Crow are all too familiar with the day to day reality of living as second-class citizens, it's a living hell.

That we are not included in the Wikipedia definition is testament to our historical invisibility.


The Jim Crow laws were racial segregation laws enacted between 1876 and 1965 in the United States at the state and local level. They mandated de jure racial segregation in all public facilities in Southern states of the former Confederacy, with, starting in 1890, a "separate but equal" status for African Americans. The separation in practice led to conditions for African Americans that tended to be inferior to those provided for white Americans, systematizing a number of economic, educational and social disadvantages. De jure segregation mainly applied to the Southern United States. While Northern segregation was generally de facto, there were patterns of segregation in housing enforced by covenants, bank lending practices, and job discrimination, including discriminatory union practices for decades.

According to Dana Liebelson at Mother Jones that bill is dead, but before you sigh in relief know there are similar bills popping up all across the country. South Dakota, Tennessee, Hawaii, Oklahoma, Ohio and Mississippi to name a few.

The Kansas bill, a catalyst for Arizona which just passed a bill legalizing discrimination and other state's efforts to enact similar legislation, didn't die in the Senate because of group epiphany, it's dead because of public outrage over it. If nothing else most Republicans are pragmatic politicians. 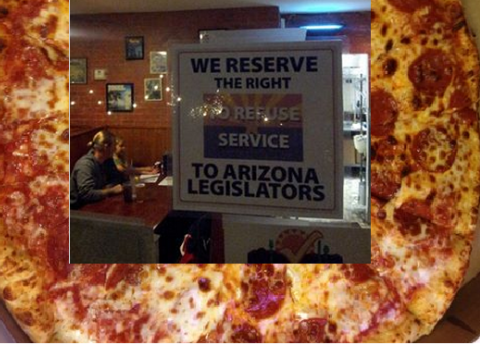 There will be a rendezvous at the Kansas State house on February 25th organized by Equality Kansas, Great Plains Chapter of Americans United for the Separation of Church and State, The MainStream Coalition, and the ACLU of Kansas. Read more about that at the Daily Kos.
Posted by planetransgender at 8:21 AM No comments: