Just posted by the California Secratory of State:
"Privacy for all students" failed to gather enough VALID signatures to force a referendum of AB1266

The petition to force a public vote on AB 1266, Pupil rights: sex-segregated school programs and activities, fell short by 17,276 valid signatures. The petition needed 504,760 signatures to put the referendum on the November ballot.

The haters aren't done just yet. They want to check the signatures that were thrown out

Karen England, co-chairwoman of 'privacy for all students told the Washington Times they have 'people lined up' for Tuesday to check the signatures.

Fav. Picture from #AB1266 rallies yesterday is this person taking on the "transgender" vs. "transgendered" debate pic.twitter.com/BRhuhCeRve

Stop this from happening! Visit http://t.co/a9K5XSswtu to sign the petition against School the Bathroom Bill! #AB1266 pic.twitter.com/nVMLBRZJxD

Posted by planetransgender at 10:43 PM No comments: Links to this post 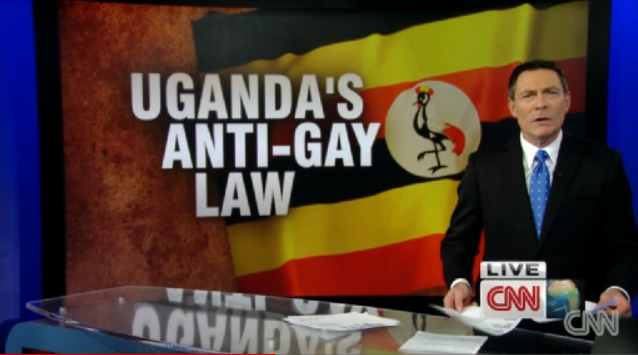 (CNN) -- Ugandan President Yoweri Museveni signed into law Monday a bill that criminalizes homosexuality.
He had gone back and forth about the controversial bill.
Last month, Museveni said he wouldn't sign the bill, describing homosexuals as "sick" people who needed help, not imprisonment. Then he backtracked this month and said he'd sign it because scientists had determined that there's no gene for homosexuality and that it's merely abnormal behavior.
Then, last week, he said he would seek advice from American scientists before he made any decision.

Posted by planetransgender at 7:56 AM No comments: Links to this post

Transgender people will be allowed to apply for legal recognition of their acquired gender from the earlier age of 16, under proposals Minister for Social Protection Joan Burton will bring to Government today.

Last summer Ms Burton published the draft heads of the Gender Recognition Bill which will allow transgender people to have their status recognised by the State for all purposes – including the right to marry or enter a civil partnership in the acquired gender.

After the issuing of a gender recognition certificate by the Department of Social Protection, the transgender person will be able to apply for a new birth certificate that recognises his or her acquired gender.

The person has also right to have a birth certificate that recognises his or her acquired gender. This will be done through the issuing of a gender recognition certificate by the Department of Social Protection. The transgender person will then be able to apply for a new birth certificate. However, the original draft legislation recognised those rights for people over the age of 18. Source: Irish Times

Why does Gender Recognition Legislation matter?

Trans people cannot legally change the gender on their birth certificate under any circumstance. Birth certificates are a foundational identity document and are often requested for official purposes (such as accessing social welfare, attaining a PPS number and getting married). While Ireland does, in certain cases, allow for changing gender on documents like passports and driving licences, this results in trans people having inconsistent official identification documentation. That is, a person may be recognised as one gender on certain documents and another gender on their birth certificate. The result of this can be a ‘forced outing’, where a trans person is outed as trans against their will when they apply for a job, a new passport or entry to college. Forced outing can result in harassment, discrimination and even violence.
The lack of legal recognition for trans people has also been deemed a clear human rights abuse. Presently, Ireland is the last country in the European Union that does not allow for legal recognition of trans people, despite a High Court ruling that this is incompatible with Ireland’s obligations under the European Convention on Human Rights. In 2009, Council of Europe Commissioner for Human Rights Thomas Hammarberg stated, “There is no excuse for not immediately granting [the transgender] community their full and unconditional human rights”. source: Transgender Equality Network Ireland (TENI)

Posted by planetransgender at 7:25 AM No comments: Links to this post