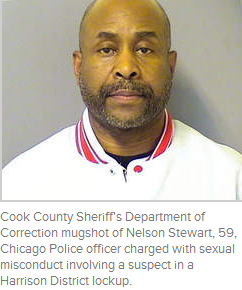 They called it bribery and let the 24 year veteran of the force go with probation. I call it rape when an officer of the law makes a prisoner perform sexual acts, regardless of the reason.


The victim was a 30-year-old man arrested June 6 2012 in the 4500 block of West Monroe after he flagged down an undercover cop and offered to perform sex for $20, officials said. The man was taken to the Harrison District and placed in the lockup.

Stewart told the inmate that if he did him a “favor” he could be released later that day, Assistant State’s Attorney Lynn McCarthy said. Stewart told the victim he controlled the paperwork at the district, according to a police report. 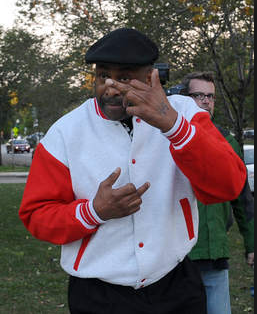 The Tribune also reported that Stewart is an active member of the Calvary Missionary Baptist Church and father of two. The Trib also said the church-going man was investigated for breaking a prisoner's jaw and rib cage in 2006, flipped journalists off with both fingers when he exited the court house.


Posted by planetransgender at 6:24 PM No comments: Links to this post