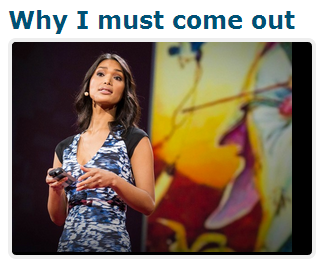 The world makes you something that you're not, but you know inside what you are, and that question burns in your heart: How will you become that? I may be somewhat unique in this, but I am not alone,not alone at all. So when I became a fashion model, I felt that I'd finally achieved the dream that I'd always wanted since I was a young child. My outside self finally matched my inner truth, my inner self.For complicated reasons which I'll get to later, when I look at this picture, at that time I felt like, Geena, you've done it, you've made it, you have arrived. But this past October, I realized that I'm only just beginning. All of us are put in boxes by our family, by our religion, by our society, our moment in history,even our own bodies. Some people have the courage to break free, not to accept the limitations imposed by the color of their skin or by the beliefs of those that surround them. Those people are always the threat to the status quo, to what is considered acceptable.
In my case, for the last nine years, some of my neighbors, some of my friends, colleagues, even my agent, did not know about my history. I think, in mystery, this is called the reveal. Here is mine>>.full transcript 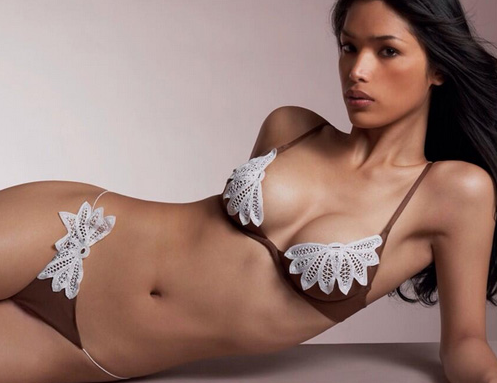 Posted by planetransgender at 4:51 PM No comments: 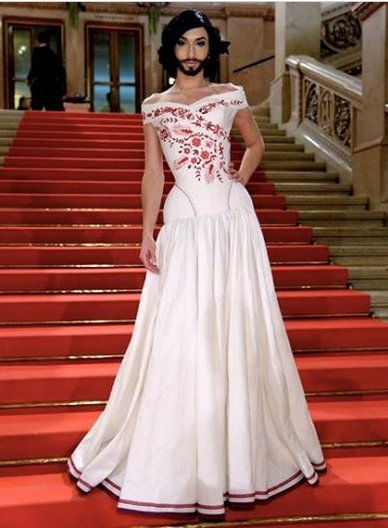 UPDATE She WON!! Check her song out here

Ms Conchita Wurst, the female half of the individual also known as Tom Neuwirth is causing quite a stir in Austria.
Some love that a drag artist is representing their country in this years Eurovision contest, but some are so upset they have begun a Facebook page in opposition. For the most part, the only thing the Facebook page has succeeded in doing is to give bigots and small-minded people a place to vent on.

Meanwhile Ms. Conchita Wurst appeared on the RTE "Saturday Nigh Show" to spread her message of inclusion and love..

"Two hearts beating in my chest"

They are a team that only works in a duo. And, although they never get to face each other - and miss regularly in the mirror at moments.
Respect the owner Tom Neuwirth and the fictional character Conchita Wurst and appreciate each other wholeheartedly. They are two independent personalities with their own resumes that set a striking symbol of tolerance and against discrimination together.

Conchita owes its birth to the fact that Tom had time of his life struggling with discrimination. So he created a woman with a beard. As a striking statement. As a catalyst for discussion of terms such as "different" or "normal". As a valve with which he wants to carry his message unmistakable and unmistakably in the world.
Appearance, gender and origin are in fact completely SAUSAGE, when it comes to the dignity and freedom of the individual. "Solely man counts," says Tom / Conchita, "everyone should be allowed to live his life as he sees fit, as long as nobody gets hurt." 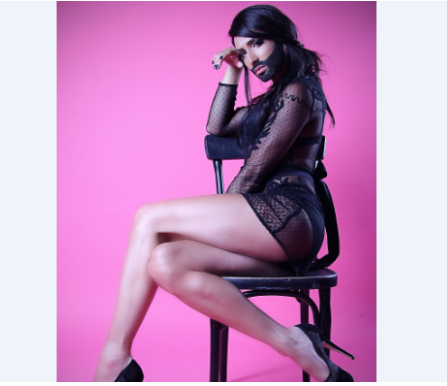 Posted by planetransgender at 3:03 PM No comments: