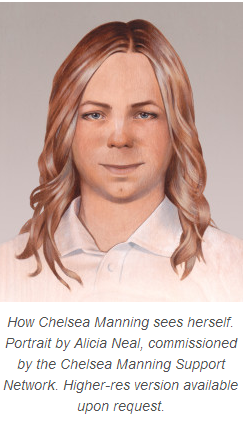 Today is an exciting day. A judge in the state of Kansas has officially ordered my name to be changed from “Bradley Edward Manning” to “Chelsea Elizabeth Manning.” I’ve been working for months for this change, and waiting for years.
It’s worth noting that in both mail and in-person, I’ve often been asked, “Why are you changing your name?” The answer couldn’t be simpler: because it’s a far better, richer, and more honest reflection of who I am and always have been –a woman named Chelsea.
But there is another question I’ve been asked nearly as much, “why are you making this request of the Leavenworth district court?” This is a more complicated question, but the short answer is simple: because I have to.
Unfortunately, the trans* community faces three major obstacles to living a normal life in America: identity documentation, gender segregated institutions, and access to healthcare. And I’ve only just jumped through the first one of these hurdles.
It’s the most banal things –such as showing an ID card, going to the bathroom, and receiving trans-related healthcare –that in our current society keep us from having the means to live better, more productive, and safer lives. Unfortunately, there are many laws and procedures that often don’t consider trans* people, or even outright prevent them from doing the sort of simple day-to-day things that others take for granted.
Now, I am waiting on the military to assist me in accessing healthcare. In August, I requested that the military provide me with a treatment plan consistent with the recognized professional standards of care for trans health. They quickly evaluated me and informed me that they came up with a proposed treatment plan. However, I have not seen yet seen their treatment plan, and in over eight months, I have not received any response as to whether the plan will be approved or disapproved, or whether it follows the guidelines of qualified health professionals.

I’m optimistic that things can –and certainly will –change for the better.  There are so many people in America today that are willing and open to discuss trans-related issues. Hopefully today’s name change, while so meaningful to me personally, can also raise awareness of the fact that we trans* people exist everywhere in America today, and that we have must jump through hurdles every day just for being who we are. If I’m successful in obtaining access to trans healthcare, it will not only be something I have wanted for a long time myself, but it will also open the door for many people, both inside and outside the military, to request the right to live more open, fulfilled lives.
Thank you,
Chelsea Manning

*Note: Chelsea prefers “Trans*” (with an asterisk) to denote not only transgender men and women, but also those who identify outside of a gender binary.
For a better understanding of transgender people and the issues important to them, we recommend checking out GLAAD’s “Transgender 101″ blog.
For instructions on writing to Chelsea to tell her of your support, please see our “Write Chelsea Manning” webpage. 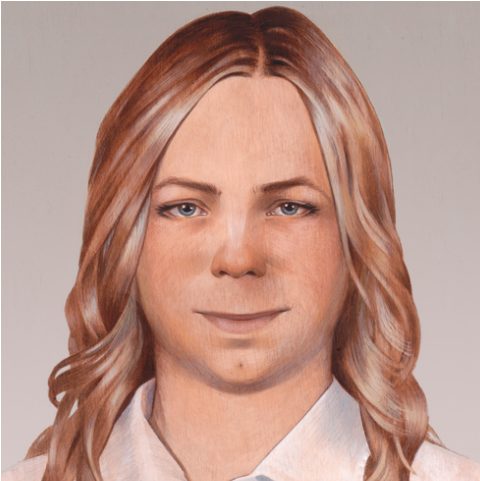 Posted by planetransgender at 8:08 PM No comments: Links to this post