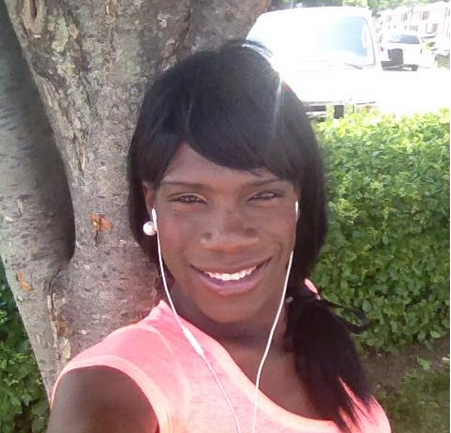 Not to be disrespectful or inconsiderate but when a high profile athlete calls his murdered sister a 'brother' the world gets the wrong impression. Some see it as a license to disrespect and misgender her and all transgender people. Some see its as authority to question her gender expression..


LA Sports writer Dan Woike and Transgender Pastor Yeshua A. Holiday tweeted about this, drawing the ire of some on twitter. They questioned how they knew of the relationship between Reggie Bullock and the deceased. If Reggie Bullock's tweets in the time of his sorrow were any indication, he didn't accept that she was transgender. This was picked on by quite a few on twitter, but as they attempted to educate they were remanded by some men for being inconsiderate. That was the perfect time to educate, and most were respectful. All were emotional the reason being that most trans people are on the streets putting themselves at risk because they were rejected and misunderstood by family.

@ReggieBullock35 your SISTER will be missed. My condolences
— Yeshua A. Holiday (@TransPastor) July 17, 2014

“@ReggieBullock35: he don't care about his brothers enough to say sister but no one cares about him either just his money wallet and riches

A neighbor wiped tears from her eyes as she walked the alley. She said she believes she saw the victim and her killer go down the narrow corridor sometime around 5 a.m.

The woman, who declined to provide her name out of fear, said she was walking on Garrison Boulevard to meet a friend early Wednesday when she saw a light-skinned black man in a white T-shirt, white baseball cap and blue jeans looking around nervously.

She said the man had approached her friend and proposed $10 for a "date," but she had turned him down.

The woman said she and her friend walked to a porch on Piedmont Avenue across from the alley's entrance and watched a transgender woman in a skirt and shoulder-length black wig accompany the same man into the alley.

The woman said she recognized the transgender woman because she had seen her standing on the corner of Piedmont and Garrison during predawn hours several times over the last few months.

As the sun rose a short time later, she said, she saw police converge on the alley.

Baltimore police spokesman Lt. Eric Kowalczyk said prostitution is being investigated as a circumstance in the crime. Maryland court records show that Henderson had been arrested twice for alleged prostitution.

She was charged in February 2013 with prostitution, resisting arrest and second-degree assault, according to the records. She was convicted on the assault charge and sentenced to two years in prison. Most of the sentence was suspended.

June 3rd Kandy Hall was found murdered and in April of last year, 29-year-old Kelly Young was shot and killed in East Baltimore. Her killer was never caught


Posted by planetransgender at 9:52 AM No comments: Links to this post